EVERY DAY IS AN OPPORTUNITY

We Live To Help Train You

Peninsula Karate was established in 2007 and operated out of Eastbourne Primary School as an easily accessible and universal location. From the humble beginnings of twenty students, Peninsula Karate has continued to grow as years went on and in 2011, Sensei Andrew Grace took over as chief instructor.

From there and to accommodate the ever-growing numbers, Peninsula Karate moved its doors from Eastbourne Primary School to a factory in Thamer Street, in Rosebud’s industrial estate in December of 2011. After 5 years at this location, Peninsula Karate had outgrown this space and in 2016 moved into its current location in Merino Street, Rosebud.  The brand new purpose built facility is one of a kind in the area and is home to almost 200 students and 50 families. The new location also boasts a Personal Training Studio, Amanda Jade Fitness.

Looking to get fit, build confidence or learning to defend yourself, don’t hesitate, contact us today 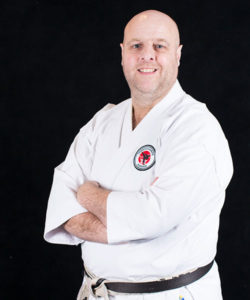 Andrew had an interest in martial arts from a young age which stemmed from watching Bruce Lee movies. It wasn’t until Andrew was in his early 30’s that he started his martial arts training after watching his kids from the sidelines. Having achieved his 1st Dan Black Belt in October 2010, he took over the Peninsula Karate dojo in March of 2011. Andrew studied Ishinryu Karate a style based on a mix of traditional Japanese Karate styles.

In 2013, Andrew was awarded his 2nd Dan black belt, he is a former Australian Open Kata Champion and during his competition career medaled at every tournament he entered. 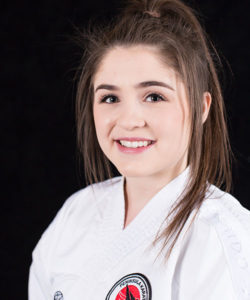 Amanda began training at Peninsula Karate in 2009. Today, that interest has developed into a burning passion for all things martial arts: the culture, the friendships and of course the training.

In 2013 Amanda earned her black belt and three years later in 2016 earned the rank of 2nd Dan, taking her training to the next level. In 2014 Amanda trained and competed with the Victorian Karate State Team,  earning a silver medal in the Australian Karate Federation National Championships for Kumite (sparring).

Today Amanda shares her passion through training both adults and children whilst also running her own personal training business, Amanda Jade Fitness, from the same building. 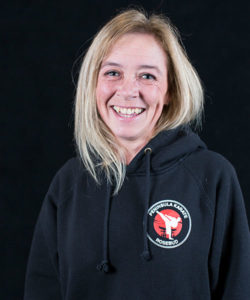 As Peninsula Karate started to grow from its humble beginnings in a school hall to its now purpose built facility in Merino St, Sensei Andrew realised that in order to manage the growing membership he needed to employ a professional to help out at the front desk. Tara was a perfect option for Sensei as she has many years of experience in customer service and administrative roles, thus enabling Sensei to focus on teaching karate whilst relying on Tara to manage the day to day administrative tasks of the club.

Not Sure Where to Start?

Picking the right program can be overwhelming. Let us help you!